Marine Fisheries Academy (MFA) trains male and female cadets for the deep sea-going fishing vessels, merchant ships, fish processing plants and other maritime industries. The cadets of MFA used to be awarded with the B.Sc. (Pass) certificates in Nautical Science, Marine Engineering and Marine Fisheries from National University, Gazipur, Bangladesh. These training also satisfy the requirement of STCW IMO Convention to serve as an officer onboard fishing, merchant vessels and also in shore as processing technologists.

Cadets officially complete their training through a national colorful ceremony namely "Passing out Parade" which is normally held with the presence of the Honorable Minister of Ministry of Fisheries & Livestock. This is the most vibrant event in the academy campus and for which the cadets keep on waiting in which they carry out march-past and show the appropriate marks of respect to the Chief Guest. Cadets also take oath to serve at sea and awarded with certificates of Pre-sea training and graduation. Simultaneously, Continuous Discharge Certificate (CDC) is also issued to the cadets of Nautical and Marine Engineering departments by the Department of Shipping which allows them to look south to venture out all the seas around the globe.

Government of the People's Republic of Bangladesh established Marine Fisheries Academy on a beautiful landscape on the southern bank of the river Karnaphuly, opposite to Sadarghat, Chattogram.

After the liberation war of Bangladesh in 1971; National Leader Bangabandhu Sheikh Mujibur Rahman observed lack of skilled manpower for judicious exploitation and harvesting of marine fisheries resources. Then he called for a national institution to train and educate personnel for Bangladesh maritime fisheries industries which began in 1972. That time it was also the beginning of a rapid technological change in the deep sea fishing with the introduction of large and sophisticated deep sea fishing vessels. The Government realized that without skilled manpower i.e. qualified officers, the growth of an efficient fishing fleet would be impossible.

Marine Fisheries Academy was established in 1973 to produce skilled manpower for fishing fleet with the collaboration of the then Soviet Government. Academy started journey as a project of Bangladesh Fisheries Development Corporation (BFDC) on 01 September 1973. Cadets of this academy use to get scholarships from Soviet Government for MS and PhD. More than 70 cadets from this academy completed MS and PhD and working in different sectors in home and abroad. After the death of national leader, scholarships were halted and forcefully Soviet instructors were removed from the academy.

Academy came under the administrative control of Ministry of Fisheries and Livestock as a project on 20 April 1988, shifted to revenue budget under the same ministry on 01 July 1993 and continuing till to date. The functional authority of the academy is vested on to the Principal who has three assisting organs namely Academic Council, Board of Studies and Board of Discipline. Now, the academy provides quality maritime education in a well-planned and organized manner to develop skilled human resources for fishing and maritime sector.

Beside male seafarers, females are also coming forward to contribute in the maritime sector. Female cadet first joined in this academy in 2010 and now contributing in Blue Economy of the country.

Most of the passed out cadets of this academy are serving in the fishing fleet operating in the Bay of Bengal and in shore based fish processing plants. Many are also now working in different maritime organizations around the globe therefore contributing directly to the national economy. So far, 1765 cadets (up to 38th batch) have been graduated successfully from MFA. Among those about 1200 cadets is now serving in international maritime sector thus Bangladesh earning about US$57.60 million (assuming US$ 48,000/cadet/year) as foreign remittance annually. This clearly justifies that MFA is very prospective institution for Bangladesh for achieving Sustainable Development Goals (SDG). 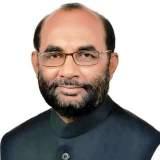